Home Psychology Tarot Cards How Many Different Types of Tarot Decks Are There?

Tarot decks are a special form of divination. This centuries-old practice uses imagery to relay messages and tell a story, similar to how a tarot card reader might do. There are times when it pays to read between the lines. Take, for example, tarot decks, cards with pictures, and symbolism that are believed to give insight into a person’s current situation. And depending on which deck you use, you may find a different, more insightful way to interpret the same situation.

There are dozens of tarot decks in the English-speaking world, and each tarot deck will have different symbols and images. But how many tarot decks do you actually own?

Over the years, I have had a lot of decks to mention here, but I am currently using and enjoying and will make a few lists that I will use for my client reading. 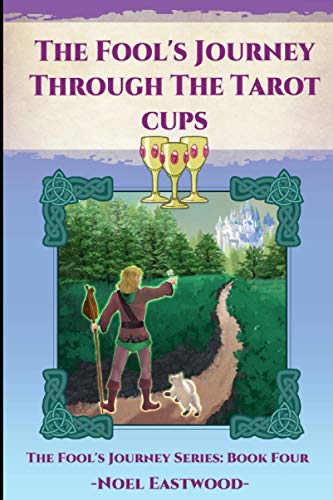 10 Reviews
The Fool’s Journey through the Tarot Cups
$22.99
Buy on Amazon

Some of the best tarot card decks for beginners.

What are tarot decks used for?

Tarot reading helps people understand and know what they need to know about a particular situation.

Decks have always been best used as tools of internal knowledge and direction. This is because reading lessons for a person gives insights into past, present, and future events based on that person’s current path.

What are the different meanings of different tarot decks?

Yes, of course, there are different types of tarot decks, depending on the situation. Even though the varieties of each card, suits, and their meanings are the same, the images vary widely and express different meanings. And there are no standard cards across all decks. While reading the decks, it can be realized that they are based on various themes such as nature, animals, imagination, dragons, etc.

I’ve bought a few decks in the past that I’ve also used and gotten rid of because they don’t resonate with me. Because not every deck I have is “alive” and not as I expected from those decks. I was somewhat disappointed, so I let them go for release.

The decks I own now and have held for decades have some “life” in them. When I first open these and start randomizing them, the cards fly in many directions !!

This is my test of whether I keep a “bond” with the deck: The universe has magic and is brought to me by the decks. They feel strong from the moment I open them, and if your new deck doesn’t feel magical and wild, it’s not your deck.

I bought the scattering decks because of the cheap card stock: I won’t mention the name here but with some “buyer beware.”

There are some middle decks with inferior images and card stock, so you have to spend some cash to find your true “answer.” You are a novice or mature “pro.”

My tops are as follows:

Based on the “assigned” images from medieval art, I can’t say enough for this deck. The deck has stiff and heavy card stock, and it lasts more than ten years of use and reading.

It always feels good to have a table for your clients. A sturdy deck and beautiful to look at.

I use this deck every day.

I have two “mitigation” decks:

The first “quenching tarot” is so thick and powerful that I can only pull it out and try to absorb the cards once or twice a year.

The new stock is taking the world by storm by selling the storm on Amazon in the next few days. They can’t print it fast enough.

I have to reveal the LL Goliath deck created and hand-painted by my close friend and colleague Lucas. I interviewed her on my cable TV show about this innovative medicine deck filled with truly inspiring animal medicine and mitigation ideas. According to Lu Cass, this deck is not for newbies and was intended that way.

The deck is full of magic, transformative ideas, and inspirational images. They burn deep in your mind, and you will love this deck whenever you open it.

Read: How To Read Tarot Cards For Beginners?

I know I did. And I was honored for the first printing of it.

This deck witch for the people of medicine. Taking care of old spirits and advanced readers and shamans and planets. A true gift to the community.

My first reading for a magical friend achieved a prophetic vision that came true in reality and was verified by another person watching the reading.

If you want details, let me know. J El Goliath had decades of making decks, and it shows. Each card contains love and magic.

However, it is a larger card with a heavier stock. When I first got it, I was accustomed to small standard cards that fit easily in your hand, but I started to go for them after getting used to the big cards. They order attendance at a reading that shows your clients more detailed images. This will impress your client without a doubt.

I have and have, and especially C Ro Marchetti will have several decks:

“These decks are exciting to me. Even sometimes, these decks encourage me, and I enjoy it very much, and I jumped at the gate even when they were standing. I was thrilled. Ciro releases a limited edition, and these 2 are my favorites.

By the end, my most valuable tarot deck, which I like, is the collector version of the “Penny Dreadful” tarot deck from the series that left the title network in minimal qualities.

This is the deck used in the series and a tarot deck whole of really dark, dense, and surprisingly sharp images.

With the blessings of all

I will also mention my five friends who are experts and tarot readers. Then how many decks of them..!

I’ve only been reading for seven years, but I have 100+ different decks (55 trot, 55 playing cards, 25 Lenarmonds, and 25 different Sibylla and fortune decks).

I became addicted to collecting decks. It’s something I must admit that I fell into the deck collection craze. I felt like I had to have decks. It seemed that if I didn’t own the deck – then a terrible FOMO would come.

At this point, I’m starting to feel like I probably can’t consume so many decks; it’s a significant expense, and to be honest, I feel more guilty than happy when I buy one (to say I bought one).

When it comes to “connecting to the deck,” I prefer decks that are “neutral,” classical, wine, or old, depending on my mood, but I use most:

I also use it to play cards (including Rider Weight), and sometimes I “don’t like any picture” because my mind feels “clean,” so I can practically live with one call from a mall with cheap play cards.

Why do you have so many decks?

I think I have so many decks because of my greed and wonderfully beautiful art and designs + these art and designs can be changed and used “practically” and not just hung with a wall.

Have you made any new goals in your life with Tarot?

My new goal in life is to find a kind of “peace” with the desire to buy better, new better, and better decks that can be published, apparently, every day, and my old deck, which I am passionately involved with (for me, the deck as much as possible) I like it as much as it gets older because of “spending our time”) ”So to respect and pay attention to my old decks, I want to stop buying, but then“ it’s not the fault of the new decks,” and I’m afraid to miss some good new decks Happened that if I didn’t buy now, it might be unnecessary later.

I bought my first tarot deck about ten years ago and have about 120 separate decks. I was aware of the Ryder-Weight-Smith decks and their clones and the Thoth deck from my initial interest in camouflage and espionage. Although I was not interested in cartomancy or prophecy in general, I was fascinated by my first contact with Tarot de Marseille. I liked the bold, simple graphics and vibrant colors and was keen to claim that this particular deck (Jodorovsky-Camoun) was a restoration of the original true Tarot.

How did you draw yourself to the symbolism and visual language of the Tarot?

To symbolize me as a Tarot and be attracted to visual language, I have also acquired the Devant Moon Deck as an RWS, a Thoth, and a representative contemporary Tarot.

My collection can be roughly divided into historical card decks, tolls, artistic interpretations, and personal philosophy ten years later. I continue to collect because I am interested in these uninterrupted ways that can be extracted from this sheer card pack and sometimes code for the industry.

I own two tarot decks and three oracle decks.

The two tarot decks are the enduring rider-weight Tarot and the brand new Guilded Tarot deck. Rider-Wait is still my favorite of the two because I can easily recognize the images – these are the ones I used.

The Guilded Tarot is a beautiful deck, the artwork is fantastic, and it is very eye-catching. But it’s almost useless to me because the cards are so beautifully made, they have almost no friction and slip towards each other at the slightest provocation, scatter when the opportunity arises, scatter when the opportunity arises, and usually don’t call the worst when I call them Try to be random, and they go anywhere just too many for the ‘quad card’ method.

I’m hoping with time and the ones I can use that they stop being so slippery, hopefully before I destroy them before I try to stop them flying all over the place.

I have 12 tarot decks. Some dates in the eighties and nineties when I actively explored spiritual matters and broadly threw my net. Others were just an extension of my game collection.

All packs are standard 78 cards (22 large arcana/trump plus 56 minor arcana/suit cards), not to mention otherwise. When submitted, I list both the painter and the creator.

The three most common decks used in esoteric Tarot are the Tarot of Marseilles, the Ryder-Weight-Smith Tarot Deck, and the Thoth Tarot Deck. Alastair Crowley, who made the Thooth Deck with Lady Freda Harris, said of Tarot: “The origin of the cards in this packet is very unclear.

This is the standard modern tarot deck. Even Venetian or Pidcothen was made based on the Tarot.

Why do I need different tarot decks, or why do I have other tarot decks?

It is a way of creating variability in tarot reading and practicing in various ways. Because the cards are all the same but different industries, experience gives me ways to see or interpret other cards, so I get an idea about the cards.

Those who are very experienced in tarot readers have their types of tarot decks. They purchase decks based on different situations and practices and read for clients. As a result, they have an idea of what a tarot deck is capable of doing.