Four of Coins is also known as Four of Pentacles tarot card in the suit of tarot played across Europe. It is a part of which tarot card readers call Minor Arcana, part of a Latin-suited tarot playing cards including tarot decks. These games are unknown in European countries, and tarot decks are primarily used for divination purposes.

So, if you’re willing to be the judge of the evidence, then this is your chance to see what the Four of Coins truly is. 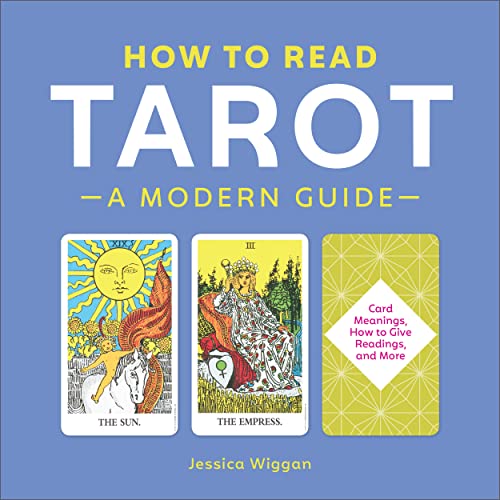 The Four of Coins or Four of Pentacles card has very vivid and detailed imagery describing its complicated design and symbolism. The depiction is derived straight from the Rider-Waite tarot deck.

In the Four of Coins card, a man is sitting on a stool, holding tightly onto a coin placed on his lap, as if scared to let go of it or afraid to lose it. Another coin or pentacle is placed and balanced on his head perfectly. The coin balanced on his head seems to connect to his spirituality and calmness as if reflecting his soul. Two more coins or pentacles sit safely situated under his feet. The imagery indicates him grasping and holding onto the coins, clearly suggesting that he doesn’t want anyone taking them.

On the contrary, as he’s so attached to his things and doesn’t want to let go of them, he’s unable to move from his position to any other place. He doesn’t have anyone besides him, nor family, neither friends to talk to. He’s got no one to speak to either. He doesn’t have any community or clan supporting him. But the inability to move anywhere is depicted in the background. We can see a faint outline of his hometown depicting that he’s been sitting in the same place, fixated in one position along with his wealth, reserved and alone.

According to the art, this card indicates that you’re holding onto people/ possession /issues just like the man in the picture holding his coins, afraid to lose them.

In a general context, this suggests that you’ve got deep-seated separation issues, and maybe you’ve got something you need to let go of. This card of Minor Arcana can also hint that you’re clinging onto something or someone too much, and that’s affecting you on a deeper level.

The card also depicts holding onto things in a controlling, possessive or toxic manner. The card urges you to reorganize your thoughts, establish your boundaries, and respect the boundaries of other people. Maybe the act of possession gives you a sense of security, but ultimately it harms you on a deeper level.

The card can also suggest that you’re keeping to yourself in the sense of isolation or are very uninterested in the idea of openness, or you’re blocking the progress of your life.

The reversed meaning of this card is somewhat optimistic. It indicates that maybe you’re ready to let go of people, possessions or any past incident. This interpretation includes letting go of issues, releasing toxic people from your life, shedding regrets etc. You may have also developed a sense of openness in your life. This card also hints at your generosity and mind for sharing your wealth or possession with others.

However, the negative examples include overspending your money, gambling away your wealth to ruins and many other disastrous things. This may also indicate your reckless or out of control behaviour and the way it’s harming your life.

In the case of love and relationship, the Four of Coins is not a great card to get. If you’re in a relationship, either you or your partner may be showing jealous, possessive or controlling behaviour, which is very harmful to your relationship. It can also be an indicator that any or both of you’re holding onto past grudges. If your partner is toxic to you, you should consider letting go of them to avoid resentment.

The reversed meaning of this card bears a good omen. If you’re in a relationship, this is the indicator that both of you are letting go of fear and resentment for the sake of your partner, which will allow your relationship to move forward on a positive note. In the case of being in a toxic relationship, this suggests the act of letting go.

If you’re celibate, this may indicate that you need to let go of your lingering feelings, and you’re ready to embrace someone new in your life with an open heart.

This suggests that you’re in a stable financial position in your life, and you shouldn’t let the fear of loss divide your determination; you can take on a challenge and handle it nicely if you’re cautious. Or it can suggest that you’re holding onto a job or opportunity that doesn’t benefit you, but you sought after it because of the security it provides you.

Reversed meanings suggest that you’re generous in your workplace with financial help, advice and assistance. It can also indicate losing your wealth or savings because you’ve been careless or reckless.

In health and spirituality, this position indicates that you’re holding onto the negative feelings or a traumatic past that is harmful to your lifestyle.

In the reversed position, this card indicates that you’re ready to let go of any kind of negative feeling and memories to move forward with your life and improve your health.

Four of Coins- Yes or No

In a question of ‘yes’ or ‘no’, the Four of Coins card suggests a strong ‘yes’ only if the reader is cautious and careful. Stability and security can be achieved in one’s only when he keeps the importance of frugality in mind. Avoiding excessive things and paying attention to detail might help.

Symbolism & Astrology of Four of Coins

The Four of Coins card is associated with the sign Capricorn for its financial security and stability. Capricorn is like the traditional business person of Zodiac signs; he’s well-relevant to the Four of Pentacles card.

Part Earthly, this sign is ruled by Saturn and relevant within frameworks, government, religious institutions and the past.

Four of Coins or Four of Pentacles can have difficult and complicate meanings and symbols associated with them, which varies according to different aspects of your life. It is essential to look for clarification in the cards surrounding Four of Coins, and that’s why it’s a must to know about the meaning and interpretations of the combination of Four of Coins and other cards.

Taking risks sometimes ends up receiving a reward, but the Fool and the Four of Coins combination advice you take it down a notch and step back a little bit. This pair suggests that you do not make reckless purchases or become too spontaneous while spending your money as you could regret it later.

The wheel indicates rapid movement, and this combination hints at the upcoming changes which are about to happen in your life. Although the changes might be a bit overwhelming, this pair indicates you to sit back and go along with it.

Four Coins paired with any one of these three cards suggests a dire control issue in your life. The first two combinations indicate that you may be craving control and order over something in your life. Although control and order are needed to some extent, you should also keep in mind that sometimes, strict behaviour can backfire on you. The last pair of cards hint at the act of selflessness and encourages the act of letting go.

This pair hints at the ensuing feud about money between your close ones, maybe your spouse or your family. You need to sit tight and hold your composure for this ride.

This pair hints at the blockage of some kind; this may include many things starting from a break in communication, something going awry at work or maybe an issue with your chakra which needs fixing. Looking for the sources of this problem might lead you to formulate a better plan on how to solve it.

To weigh and measure both good, bad and problematic situations of our lives, we must consult the Four of coins card to get an interesting interpretation and a different perspective of our certain behaviours.