A Steampunk Tarot is a full deck of cards containing the Major Arcana and Minor Arcana, as well as the Court cards.

It is based on Victorian Steampunk, a sub-genre of science fiction that incorporates steam power with a Victorian influence.

The Steampunk Tarot is an independent card set created by John Matthews and Caitlin Matthews.

We have provided the details on this deck in the article. Have a look at them below.

Why is this Deck Important?

Imagination is the creative spark that fuels our ability to envision and construct new realities, and so it is with the Steampunk Tarot. This resource is designed to help readers identify and connect with their inner steampunk by inviting them to draw their own cards and share their stories. 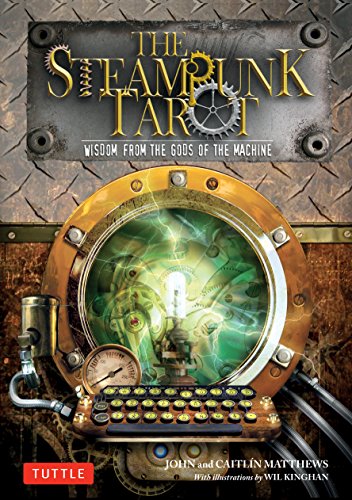 This deck was published by John Matthews and Caitlin Matthews, and Illustrator Wil Kinghan.

John Matthews is the author of various successful divinatory systems based on ancient spiritual beliefs, including the best-selling Arthurian Tarot, The Wildwood Tarot, The Green Man Tree Oracle, The Celtic Animal Oracle, and the recently released, highly successful Grail Tarot. He is well-known for his numerous works in the genres of The Grail and Arthurian Legends.

Wil Kinghan is an author, artist, and hermetic and Celtic tradition explorer. In the 1980s, he studied archaeology at university college Dublin and environmental design at the National College of Art and Design.

Steampunk is a world unto itself, a nexus of opulence, innovation, and alternative worldviews reflected in78 scenes. The 22 major arcana cards represent the actors at the machine’s heart, the “does machine” or “Machine gods.”

The 16 court cards serve as mediators between the Gods of the Machine and the Legates of the Omniverse, or ambassadorial representatives of the Four Leagues, which encompass all of the skills necessary to maintain the Imperium: tey are the movers and shakers- the commander, Lady, navigator, and Messenger, or King, Queen< knight, and page. They preside over the minor arcana’s remaining 40 cards, representing the elemental realms of Airships, Engines, Submersibles, Gears, or Swords, Wands, Cups, and Coins.

We still have a lot to learn about the Steampunk Empire. Numerous novel techniques for spreading and playing with tarot cards are included, as are methods for navigating life through the use of skilful questions. The Steampunk Tarot is an adventurous tarot for the astute diviner that will appeal to both tarot readers and steampunk fans worldwide.

The Tuttle publishing published this deck; Reissue edition on October 4, 2016. It comes in The English language. It weighs 1.8 pounds and has 6*2*8.25 dimensions of inches.

Also, it is a traditional 78-card deck stepped in the very unconventional steampunk world. Major Arcana cards carry traditional titles such as Strength, Justice, and Temperance. The suits are Wands, Cups, Swords, and Pentacles, with the Court Cards called king, queen, knight, and page. 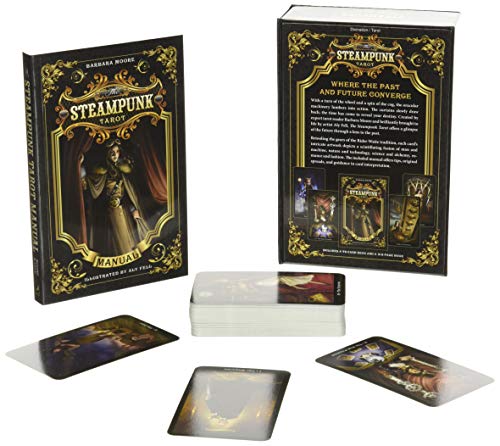 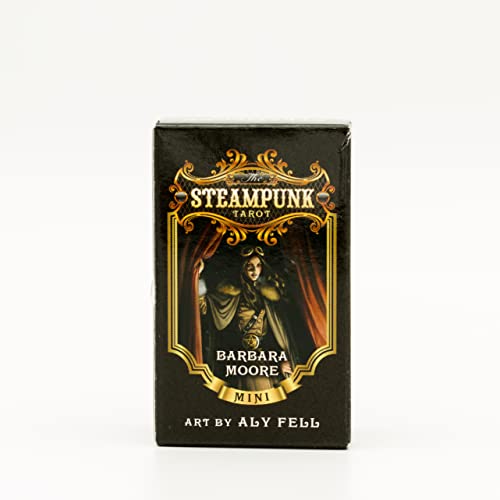 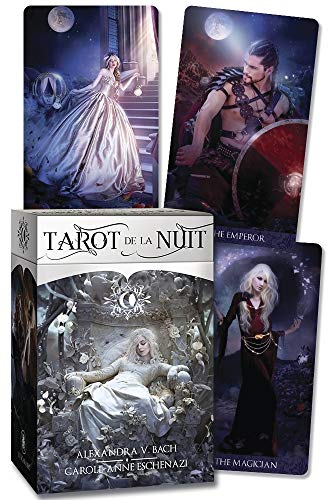 The Steampunk Tarot is a unique deck with Major and Minor Arcana cards using the Victorian Steampunk era. So, we hope that you have understood all the details on this tarot deck that we have provided in the article.